Facebook says we’ve been friends since September 2009. I think I knew of him way before that, though I’m not quite sure how. He sort of appeared in my queer context like a whispering unicorn; visible, yet a calm and reassuring presence. 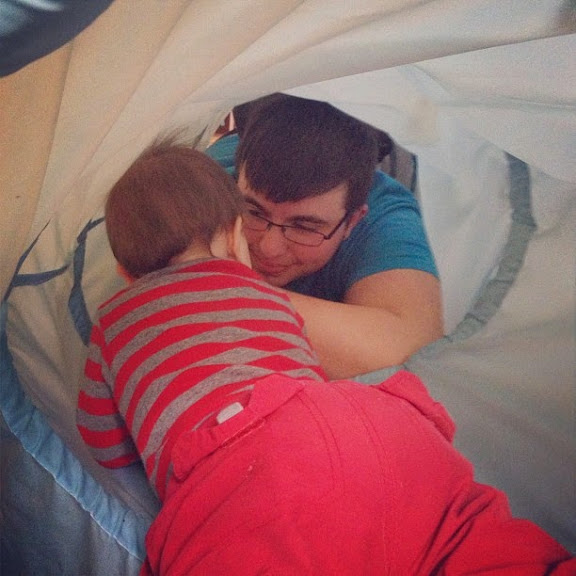 If it seems like I’m building up to something, you’re right! As we are close to Father’s Day, I’d like to highlight a dad I am particularly fond of; Dylan, fellow blogger!

Dylan and I have been in each other’s lives during some important shifts. I’ve seen him move through the world, steady as a rock, helping to create and support this family he loves. He has done this in the same way that he helps to create and support the queer and trans* community of which he is a member. Never demanding recognition for his activism or his work, he fights tirelessly against a system that does not intend to include us. When there seems to be no space for the “others”, he helps carve out space. He doesn’t leave his friends behind.

I’ve learned a lot from being in community with Dylan, but the most important thing is that I’ve learned to push back against even myself. The kyriarchy has this way of twisting things up in our brains. We’re born to believe in this myth of male superiority; that white, male bodies allow a particular ease through life. Dylan could move through the world a lot more easily than he does. Instead, he continuously questions and rejects the idea that he should allow his privilege to benefit him. While his child was born and grew into toddlerhood (eep! so fast!), he was a stay-at-home dad, part time worker, and part time student. He wrote about the complexities when out in public with his child in When is a Dad Like a Unicorn?

That men aren’t as perceived as competent at care-taking is just another facet of the gendered division of labor enforced by heteronormative, patriarchal norms. It’s a little exaggerated, but sometimes it seems that society sees me as above and beyond incredible for meeting my child’s basic needs, or so clueless that I should hand over my kid to someone else who hasn’t been wiping her ass for 14 months. I do want to be a fabulous dad, but not because there’s a low social hurdle.

So this is a shout out to Dylan. Rarely recognized (publicly), but always appreciated. Thanks for continuously teaching me all the ways that we can be great dads and better activists.